Sustainable efforts are a necessity for consumers and businesses alike. While there are businesses that are making efforts to go green, there appears to be one major hurdle in getting more organizations on board: what are the economic benefits? 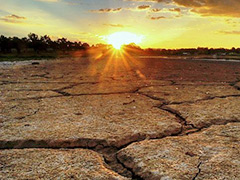 Businesses are struggling to find the link between sustainable efforts and a quantifiable business value, according to The UN Global Compact-Accenture CEO Study on Sustainability 2013. This study, which surveyed more than 1,000 top executives from various industries around the globe, found that businesses are increasingly failing to find a link between sustainability and business value, which is a major reason why sustainable actions are not be implemented faster. In 2007, 18 percent of CEOs were unable to find a link between the two, and this rose to 37 percent of CEOs in 2013. The bottom line is that businesses need to be able to see the financial benefits of sustainability, rather than just philanthropic or charitable benefits.

There is hope. The former President of Mexico, Felipe Calderón, is leading the New Climate Economy project, which will analyze economic costs and benefits of acting on climate change. This project is being launched by the Global Commission on the Economy and Climate, which is comprised of business, government and finance leaders from around the world.

In a press release by the World Resources Institute, Felipe Calderón speaks about what the commission aims to accomplish.
“Climate impacts are rising and the evidence of warming is increasingly clear, but most economic analysis still does not properly factor in the increasing risks of climate change or the potential benefits of acting on it. We need urgently to identify how we can achieve economic growth and job creation while also reducing emissions and tackling climate change.”

Watch for the published report in September 2014. These findings could make a great impact on sustainability of businesses across the globe.