The complexities of the human brain continue to astound scientists and medical field professionals. The human brain is the only known tool that can take large amounts of complex data and process in such a quick and efficient way. This ability has been the main focus of a group of engineers whose specialty is in the field of control systems. In essence, they are looking to the human brain as the base model for dealing with the variations and uncertainties of the future of power grid generation. 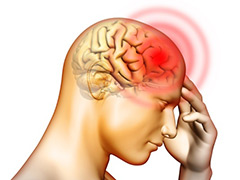 A team of engineers and neuroscientists may sound a bit strange to be working together, but they are using dish-grown neurons to control power grids in simulation. They are seeking to study the manner in which the neural networks of the brain integrate and respond to the variations of complex information. They hope to find new ways to manage the every-changing (and demanding) power supply.

The problems with today’s power grid and supply process covers many topics, but the main two are that most of the facilities are over forty two years old and these were designed for power generation, but not for power storage. The power grid of tomorrow will be needed on an intuitive level: to anticipate usage as well as compensate quickly for unexpected needs. This will be an on-demand strategy as compared to the current system we use. It will also have to incorporate renewable and sustainable energy sources such as solar and wind power. These sources don’t have the ability to jump in quickly or be reduced down quickly as a response to the lulls and peaks of power consumption.

So the teams at Real-Time Power and Intelligence Systems Laboratory are devising a way to get the best production out of the variations of energy sources through the use of an intelligent grid; and the human brain is the basis for that science.