Some economists are trying to estimate the cost of damages caused by climate changes, sometimes mentioning specific numbers. Other economists criticize them for their assumptions and scenarios. Most likely, the following sectors will have difficulties: banks, agriculture, transportation and some others. Nevertheless, a general attempt to estimate economic risk from global warming is a good idea. 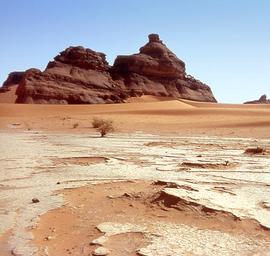 Over the past one-hundred years, the temperature on our planet has increased 0.8 degrees Celsius. This temperature is measured in Earth's near-surface air and oceans. It is considered by 30 scientific societies and academies of science that the reason for this is greenhouse gas concentrations. These gases are mainly released due to human activities such as the burning of fossil fuels, agricultural cultivation, land clearing and others.
In other words, it is considered that human activities contribute to global warming.

What can possibly result from global warming? These include the melting of the ice caps, which would lead to rising sea levels, increased storm activity, an expanse of tropical areas, glacier retreat and other events. This was concluded by the Intergovernmental Panel on Climate Change, although some individual scientists do not agree with all conclusions and findings of the IPCC. Still, some issues are not quite clear for scientists, such as the differences of global warming effects in different areas of the planet and the actual increase in warming.


The Kyoto Protocol has been ratified by most countries around the world. Its purpose is to reduce greenhouse gas emissions.

Human activity isn't the only catalyst in global warming; other factors are involved as well. Notable changes have been observed in solar luminosity, volcanic eruptions, variations in solar activity and others. Scientists think, however, that even if the concentrations of greenhouse gases were not increasing, a further warming would continue anyway.

Since the industrial revolution, people have increased greenhouse gas concentrations in the air. Different possible scenarios have been offered. For example, the level of CO2 could possibly reach 541 to 970 ppm by the year 2100. This, of course, would all depend on such factors as economic, technological, sociological and natural developments.
In the meantime, economic and political debates are taking place to find a balance between the costs entailed by the restrictions of the Kyoto Protocol and the costs associated with global warming. Countries following the Kyoto Protocol should reduce the release of CO2 emissions because it is good for their economies. China and India are not following the Kyoto Protocol fully, even though they have been criticized by the United States and Australia.