Scientists are discovering the continued warning signs that the environmental crisis is getting worse. Updated information on the critical state of the environment. Methods that may be able to help the environment and the economy. 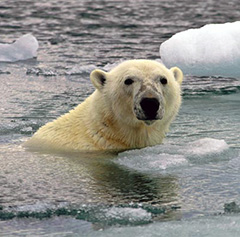 One of the main forces behind the environmental crisis is the level of carbon dioxide building up in the atmosphere. If greenhouse gas emissions stay at the level they are now, it will bring considerable climate change within the next few decades, which will have a devastating impact. They all come from our modern lifestyle – factories, vehicles, giant livestock farms. If emissions continue increasing, at the end of the century average temperatures could go up by 12 degrees Fahrenheit. A rise of only 7.2 degrees Fahrenheit worldwide is enough to make the world almost uninhabitable because of the catastrophic domino effect it would cause, which would result in weather extremes, destructive floods, and water and food shortages.

Deforestation and
destruction of the rainforests is another one of the pressing global warming issues. By 2030 it is predicted that more than 50 percent of the rainforest in the Amazon will be severely damaged or destroyed. Losing that much rainforest would cause massive ecological problems and speed up global warming. It could also influence rainfall levels as far as India, and it would also affect the rest of the world.

Another one of the serious global warming issues contributing to the environmental crisis is the ocean ‘dead zones’ that have almost no life. They are the result of factory and vehicle emissions, excess nitrogen from farm fertilizers, and sewage, and they also have a lack of oxygen. The number of dead zones has increased immensely over the past century and has nearly doubled every decade since the 1960s. Their size ranges from one to 45,000 square miles. The most notorious one is located in the Gulf of Mexico.

One of the biggest ecological problems for the Earth is the rapidly multiplying human population. Human consume the earth’s resources at an astronomical speed; we tear down natural habitats, pollute the water and air. We destroy ecosystems, which cause the endangerment of millions of species, causing them to go extinct. The world’s human population continues to grow and there are no signs of it slowing down.

Another one of the serious ecological problems is that 1 out of every 4 mammals is at risk of extinction. This is an enormous number, which will change the earth’s ecology completely. In our lifetime we could witness the dying out of thousands of known species. The rate of habitat loss is only growing, so animals in areas like Central Africa, Southeast Asia, and South America do not have much hope.

There is a widespread argument that the environmental crisis is difficult to manage because of the pressing economic crisis, but this need not be the case. It may require more costs in the beginning to use alternative energy sources, for example, but it is quickly recovered soon after the beginning of energy generation. Since we can’t reduce our population, we need to do what we can to ensure our own survival, and switching from harmful fossil fuels to renewable energy sources is a big step.

For more information on global warming and ecological problems, go to: