Weather data began being collected in 1880, and the U.S. weather officials announced that February, 2013 was officially the warmest global climate temperature, to date. While it’s no surprise to those of us that experienced the heat, it may be news that this pattern brings temperatures higher in the last nine years, than in the past 133 years. 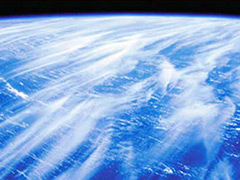 Climate scientists have attributed global warming due to human emission of greenhouse gases as the reason for the continued raise in temperatures around the world. Carbon dioxide is, of course one of the biggest greenhouse gas culprits. Nay-sayers to the topic continue to state that this is all part of the natural cycle, but as temperatures increase, the glaciers melt and sea levels rise, they might be forced to change their opinion.

This has been confirmed by NOAA (National Oceanographic and Atmospheric Association). 2013 is now on record as the ninth warmest year for the entire globe, since 1880. Of the top that hit the charts, eight of these years have been since the year 2000. Reports by NOAA indicated that the Feb. 2013 average global temperature was 54.93 degrees Fahrenheit (12.67 Celsius) which is 1.03 degrees Fahrenheit (0.57 Celsius) above the twentieth century average of 53.9 degrees F (12.1 C). While that may not sound like a lot, each rise in temperature of the global climate expands the results on an exponential level. February 2013 measured as the 336th consecutive month where the average global temperature was above the entire twenties century average. The last time there was a below-average February temperature was in 1985.

So what does all of this mean? Well, if we don’t stop the global climate increase, the earth and everything that survives on it, is going to pay a high price which might be the end of our existence.