The topic of turning waste water into renewable energy has been controversial at best; with diverse opinions on both sides of the spectrum. The typical resource intensive process has been less than attractive, with high costs and a major carbon footprint that negated the process entirely. One Israeli company, however, has discovered a way to offer waste water treatment combined as a renewable energy source; with the use of a little bacteria that eats sewage. 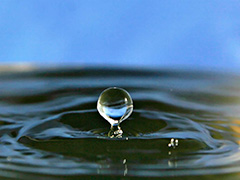 Emefcy is a well known and established company in Israel for bio-energy systems. Starting in 2008, they set out to change the face of energy wastewater treatment so that it would be embraced by companies around the world. They have developed microbial fuel cells that not only convert waste water to potable water but offer a byproduct that is pure energy. The bacteria actually degrade organic compounds in the water and, with the use of their technology create a bio-electric chemical reaction that gives power generation.

The average waste water conversion process was never really set up in the most efficient manner and costs around $40 billion per year. This form of conversion is currently being used in a variety of fields including paper, food and beverage, and petrochemical processes. The invention of the microbial fuel cells that uses the waste water as a feeding ground actually creates free, green, renewable energy. Corporate and government interests for this form of renewable energy are increasing around the globe at a faster rate each year. Emefcy is also finding an increase in the investment community to expand into other countries.

A recent interview with BBC News displayed the advanced technology that is based on the simple, yet effective bacteria. As part of nature, the bacteria does the work that it has always done, which is the digestion of waste. While this isn’t a new topic of use, the microbial fuel cells have added the advantage to take the concept of waste water conversion to the next level with the added benefit of energy generation.

The return on investment for any corporation, community or country is pretty much a no-brainer. The technology, combined with the cost can be of special interest to those areas of the world that are lacking in fresh water or with little or no fresh water resources. Other global areas that are not part of a power grid will benefit from the completely pollution free and totally green renewable energy source.

In just a few years, Emefcy has received numerous awards and accolades for their technology and for the company itself. The CEO has been added to the list of Israel’s Most One Hundred Influential People and they have drawn the attention of the world’s top technology educators, including MIT as well as investors such as GE. This company is an example of what true vision, combined with excellence can achieve. The technology that has been designed by Emefcy will change the way we view waste water treatment and offers the best for renewable energy to keep our planet green.