If you are thinking about taking along a sunscreen for yourself and your kids this year, you will need to read the label to make sure you aren’t lathering a poison on your skin. Yes, some of the most popular sunscreens as well as cosmetics are now found to contain anatase titanium dioxide, which is a potentially hazardous and toxic chemical to the skin. 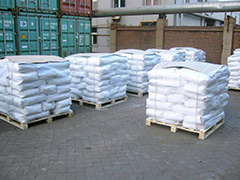 The Australian Government along with Friends of the Earth conducted in-depth scientific studies to discover that the toxic chemical, titanium dioxide, is found in the sunscreens that we use to protect ourselves. Of the eight products that were tested, six of them contained this ingredient: L’Oreal SA, Nivea, and Cover Girl are some of the most well-known over the counter brands. Nivea Sun “Kids Swim and Play” sunscreen raised the most concern, as ninety percent of the particles were listed as nanoparticles. This is of high concern due to the fact that the large relative surface areas are much more reactive than some of the large particles of titanium dioxide. While protecting our skin from the sun’s rays is a high priority, the health of the subject, especially our children, is offset by these discoveries. A 2008 Italian study found that titanium dioxide, as a chemical, can virtually destroy any organic matter. The study was actually based on the use of anatase titanium oxide as a chemical for the use on the breakdown of steel rooftops. One can only make the extrapolation as to what it would do on our skin and, if absorbed within the body itself.

The products tested by NMI are sold as common brands in both America and Australia, as well as other global markets and may use similar formulation ingredients around the world. The cosmetic and sunscreen products that had anatase titanium oxide includes: Coco Island White Zinc Suncreen, Nivea Kid’s Swim and Play Sunscreen, Key Sun White Zinke Sunscreen, CoverGirl Natureluxe Liquid Silk Foundation, L’Oreal Infallaible Advanced Never Fail Make-Up, and Australis Power Cream Make-up. Coco Island Sunscreens and KeySun Zinke also contained nanoparticles, although it must be noted that NMI could not confirm whether these were zinc oxide or anatase titanium dioxide.