Can the price of gas keep rising?

Before a company can sell oil it has to purchase it from a source. After that it has to be transported, refined and must meet government regulations. Apart from that, governments tax oil companies on their profit. Government regulations, which are aimed to control gasoline formulations, make oil companies sell different custom blends for specific regions. This is an extra burden for oil companies, which have to predict the demand of these blends in a specific region. It can lead to a shortage of blends in one place and abundance in another. 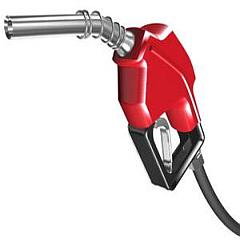 Many years ago people didn't have cars, aircraft, chainsaws and many other things that serve us every day. Today, it's difficult to imagine our modern life without all of these things. It's easy to get spoiled. People get used to comfortable things fast and are unlikely to let them go easily.

If you want to drive your car or fly somewhere, you have to pay for it. The time when we could fill up our cars for 65 cents a gallon remains only as a distant memory…

There should be some objective reasons for the rising gas prices. The first problem lies in with the obvious fact that fossil fuels - our source for gasoline - are limited. This reason is very simple. The demand for gas is increasing but the reserves of crude oil are not. Unfortunately, we are unable to create fresh oil reserves. We can only try to minimize the consumption of oil. This problem has been a main concern for many countries for quite a while and some steps have been taken in effort to avoid a seemingly inevitable shortage.

Still, it's not possible to avoid the danger completely because demand for oil is high and providing substitutes simply cannot happen overnight. Alternative recourses and fuels have been discovered, but, again, it's not something that can take days or even years to take serious effect. To put it simply, most countries are dependent on oil. It's true that nobody knows for sure exactly when fossil fuel reserves will be completely depleted. Some believe that the world could sustain itself for another 40 years on the current reserves and in that time dependence on oil would halt. Even others believe that our reserves are much more plentiful than that and the world will be able to last even longer. There are other opinions as well, but in any case, the development of alternative energy technologies and resources should be a top priority in the world.

Another reason much of the world is dependent on oil is because of the profits oil companies receive from it. We know that these companies operate with big numbers, but, in truth, their margin is only 10 percent. Do you think that many businesses would operate if they received such low profits?
The capacity of refineries has fallen due to environmentalist complaints, environmental restrictions and other regulations. Some refineries have even had to be shut down. Still, drilling is not allowed in the United States. It is also a reason why the price of gas is climbing steadily.

Any political instability in the world can also cause oil prices to rise. One trivial reason for increased gas prices is with the refinery turnaround season. During this time, refineries are shut down for maintenance, and with less oil being refined there is less gas to be distributed to consumers whose demand has stayed the same.

One Response to “Can the price of gas keep rising?”