Because hybrid technology has come so far, hybrid vehicles are widely available, at a cost that is not much more than a traditional vehicle. These vehicles have many benefits, and can save you money over the long term that more than equals the small increased initial costs. But there is still the issue of gasoline and diesel use, even when biofuel mixtures are used, because most biofuels have at least a small percentage of fossil fuels. If all traditional vehicles were replaced with hybrid versions, this would have a big impact on the amount of pollution and carbon released, and it would also lower the demand for fossil fuels significantly. Hybrid vehicles and technology are one step further to an end to fossil fuel use, even if they are not the final answer. 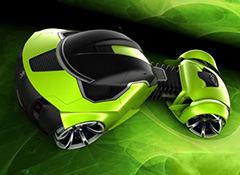 The topic of hybrid cars is on the rise. How are hybrid cars better than all electric? Is hybrid technology taking the world in the right direction as an alternative or just placating a continued dependency on fossil fuels?

Hybrid car technology is being advertised as the answer to the vehicle of the future, one that is much friendlier to the environment and requires much less dependence on fossil fuels reserves. Is this advertising the truth though, or are hybrids just as harmful as traditional vehicles? Can hybrid vehicles be the solution to the fossil fuel dependence that America is suffering from? To determine this first you need to understand how hybrid technology works, the benefits of hybrid cars, and the disadvantages of hybrid cars.

Hybrid technology combines all of the advantages of an electric engine with those of a gasoline motor. This technology is used for several different reasons, including improving the fuel usage and economy of a vehicle, to increase the power of a vehicle, or to add an auxiliary power source for tools and devices that require power. Hybrid technology has advanced quite a lot in the last ten years, and includes regenerative braking, electric motor drive assist, an automatic shutoff and start system, and other options that can greatly increase the power and features of a hybrid vehicle while reducing the need for traditional fossil fuels.

Hybrid vehicles can help reduce harmful sulfur and carbon emissions, because less fuel is burned due to the electric component of the vehicle. The hybrid electric car uses electricity generated from energy the car creates, resulting in much less fuel use. Some hybrid vehicles can use alternative renewable fuel sources as well, including biodiesel and ethanol. These fuels are a combination of traditional gasoline or diesel with a more environmentally friendly ethanol or biodiesel, making a hybrid fuel. Hybrids run on an internal combustion engine, but they have an electric motor and batteries as well. When the vehicle is stopping or slowing down, the energy the wheels are creating is used to generate electricity. This electricity is stored in batteries until it is needed. When the vehicle needs more power, the electric motor uses the stored energy in the battery and provides the extra energy needed.

Unlike all electric vehicles hybrids do not have the disadvantage of having to be recharged, because the technology used allows the car itself to supply all the energy needed for the electric motor. Some advantages of hybrid cars over electric cars include versatility. Because hybrid vehicles use either traditional fuel or biofuel along with electric power, they are more efficient and do not require any special resources to operate. Obviously hybrid technology is not perfect, because some fossil fuels are still needed, but they are a much better choice than traditional vehicles that guzzle gasoline and diesel fuel and then fill the air with pollution and carbon.