5 Ideas on How We Should Build Our Renewable Energy Policy 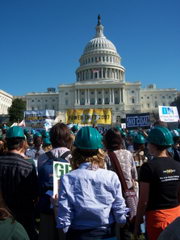 The current renewable energy policy is not effective, and it has many flaws. There are many ideas on what the policy should include, to make it more effective and efficient. Renewable energy is a clean energy which minimizes the pollution and greenhouse gas emissions that are released. It is also renewable, which means that it will not run out. Renewable energy financing is not very abundant right now, but this may soon change. Some believe that green certificates are the answer, while others believe all fossil fuel use should be eliminated.

Renewable energy financing in this tough economy may be difficult or even impossible to find, and this can lead to these projects that are not developed due to a lack of resources. The government should set up a program to oversee and offer this financing to qualified companies and individuals, to help increase the renewable energy that is available for use. Making the move away from fossil fuels towards renewable energy is a good step in the right direction for the new renewable energy policy, and for an energy future we can all live with.

A carbon tax is an important aspect of any renewable energy policy. As long as companies are allowed to pollute and release carbon emissions without paying a financial price it will always be cheaper to leave things as they are. A carbon tax will cause companies that release large amounts of carbon and pollution to pay a big penalty, and this will make it cheaper for these companies to switch to newer technology that minimizes carbon releases and pollution. This can go along with green certificates to ensure that a large percentage of the energy used in the country is from renewable sources.

Idea #5: Set A Specific Percentage Of Renewable Energy To Be Used