5 Alternative Fuel Vehicles That Your Kids Will Be Driving

With ever-growing environmental problems and the soaring prices of oil, it is clear that alternatives to our current fuel are desperately needed. Some alternative fuel vehicles have already been invented, and others are well underway. Here are 5 possible alternate fuel vehicles of the future: 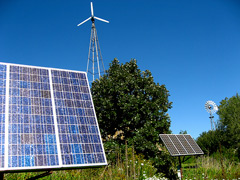 1) Solar power
This is one of the simplest alternative fuel vehicles. The way a solar-powered car would work is via solar panels installed on top of it. The only problem is that the amount of energy current solar panels can generate would not be enough to run a car. At the moment they can only be used as a supplementary power source, but engineers are constantly striving for improvement.


2) Liquid nitrogen
This is one of the least expected options for alternate fuel vehicles. When liquid nitrogen (LN2) is subjected to the car’s heat, it turns to gas, which can be used to power turbine engines or pistons. This kind of vehicle can potentially have the same power as a 90 gallon tank of gasoline. There are also no harmful emissions, which is a great bonus for the environment.

3) Hydrogen
There are two ways to use this alternative fuel vehicle: fuel-cell conversion and combustion. In the first method, the fuel cells turn hydrogen into electricity, which is then used to power electric motors. In the combustion method the engine ‘burns’ hydrogen just like it does with traditional gasoline. In both methods the only thing emitted from hydrogen is water or steam.

4) Steam
This type of vehicle would run on steam generated by coal, wood or ethanol. These can be burned in a boiler, and the resulting heat would generate steam from water. The steam then expands and creates pressure, which will be used to power the pistons to push the wheels of the car forward. The design would have to look like that of a steam train. Although it would take a long time to start a steam car, it could go as fast as 100 miles an hour when running.

5) Compressed Natural Gas
This alternative fuel vehicle runs on natural gas, which consists mainly of methane. Methane is already used instead of gasoline to power regular combustion engines. Using methane in this way is much better for the environment, because out of all fossil fuels it creates the least carbon dioxide emissions. The best thing about switching to this alternative fuel is that the gasoline tank in the car can stay exactly the same. These vehicles are already being used in countries and regions that have an abundance of natural gas, such as New Zealand and Po River Valley in Italy.

For more information, go to: http://en.wikipedia.org/wiki/Alternative_fuel_vehicle