Where to Get Automotive Alternative Fuels? 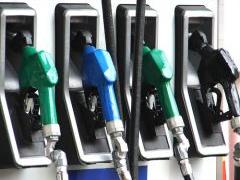 One reason automotive alternative fuels are yet to be main stream is because filling stations are few and far between. To implement them into the country's infrastructure is a massive undertaking and would most likely take years.

Ethanol alternative fuel is a liquid alcohol that can be made from a variety of substances such as corn. Estimates in the United States are that there are approximately 5 million vehicles that run on E85. E85 is a mixture containing 85% ethanol and 15% gasoline. These types of vehicles are commonly known as flexfuel vehicles.

Biodiesel is a fuel made from vegetable oil. Many restaurants now use old vegetable oil and recycle it to make biodiesel alternative fuel and some people have learned to make their own. Biodiesel stations number about 1500 in the United States and are located in almost every one with the exception of a few. Biodiesel has fallen out of favor with many because of its high prices. For those who are looking to find biodiesel stations to fill up there are services and web sites that can show you where available stations are. As technology increases look for automotive alternative fuels to be more readily available.

4 Responses to “Where to Get Automotive Alternative Fuels?”