What Is the Truth Behind Ethanol Subsidies?

What are ethanol subsidies, and where do they fit with the ethanol fuel pros and cons? Ethanol e85, gasohol, and other types of fuel include ethanol in varying amounts, but why does this industry deserve ethanol subsidies? Some say it does not, and they blame the production of this biofuel for higher food prices around the world and an increase in world hunger and starvation. One fact that is not disputed is that the corn used in the production of this alternative fuel is not fit for human consumption. Much of the corn that is used for this biofuel would have been used for livestock feed if it was donated instead of used domestically, and would not feed the hungry around the globe. 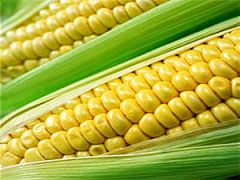 Ethanol subsidies do have their champions as well. Ethanol e85 and other fuels that contain this product are involved in the debate over the ethanol fuel pros and cons, but the newest generation is cellulose ethanol and it does not involve any food crops. Those in favor of ethanol subsidies, which topped five billion dollars from the federal government last year, say that without funding advancements like the newest generation of this biofuel would not be possible. The subsidies provide crucial funding that will allow improvements to the process, so new feedstocks are discovered that do not have the current disadvantages. Both sides of this debate have valid points, and hopefully in the near future technology will make this debate unnecessary. What is a known fact is that fossil fuels are no longer a viable option, and the switch to cleaner alternative fuels must start somewhere.

One Response to “What Is the Truth Behind Ethanol Subsidies?”