A controversy involving toxic lead fuel has come to an end with the arrest of executives who formerly worked at the Associated Octel Corporation. Paul Jennings and his associates bribed officials mostly located in Indonesia—with a few in Iraq—to continue importing its tetraethyl fuel additive, a substance already banned throughout much of the world. 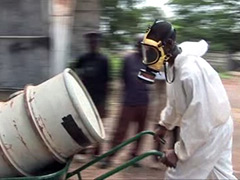 Millions of dollars in payouts changed hands during Octel’s scheme, and these actions prevented Indonesia and Iraq from converting to lead-free fuel sooner. Lead is particularly harmful to children, who exhibit lower IQ levels and a greater propensity for violence when exposed to the chemical.

Unfortunately, many Middle Eastern countries can still legally burn leaded fuels despite these health risks. This is primarily because companies can sell leaded fuel at a lucrative profit and do so legally in regions where there are little-to-no restrictions on the products. In Indonesia, even pesticides and paints banned in most other countries due to lead content can still be sold legally.

Amazingly, tetraethyl lead additives, which were eliminated in the United States approximately 40 years ago because of health risks that have been known since around that time, are still being sold by the company formerly known as Associated Octel Corporation, now known as Innospec. Algeria still uses the additive, although executives for Innospec claim it will be phased out next year.

Between the years of 2000 and 2006, Associated Octel Corp. generated over $277 million dollars in revenue thanks to the bribery that initiated the prolonged sale of its toxic lead fuel. Over 28,000 tons of the product were sold during that time.