When it comes to some of the coolest tech development ideas, nothing seems to beat the topic of environmental technologies. After many years of trying to bring focus to our dwindling resources and the constant pollution of our planet, inventors and entrepreneurs have stepped up to the plate with some of the best ideas. 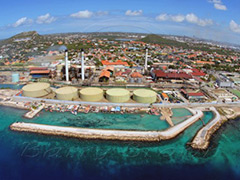 Creating oil from just about anything is now possible through a process called thermo-depolymerization. Using the same process concept as occurs in nature, but speeding it up by millions of years, you can take everything from tires to turkey guts and turn it into oil. What a great concept for the environmental technologies of today.

Using a desalination process to remove the salt from the ocean waters can create a fresh water paradise. While it has been in use in the Middle East and other areas of the world for quite some time, it is expensive and uses a lot of energy in the process.

The hydrogen fuel cell has been proclaimed as one of the best technologies, mainly because it is a pollution-free alternative. It combines hydrogen and oxygen, creates energy and the byproduct is water.

Solar cells and solar collectors are coming of age. Lowered prices combined with more efficient (and smaller) units are giving businesses and residents some incredible options.

Roof gardens: The world’s cities are beginning to look a lot different. Using the rooftops as gardens not only brings an additional food source, but the plants act as a natural source to clean the air as well as reduce air conditioning use.

Bioremediation is a process of allowing microbes and plants to do what they do best: use pollution and waste as their food, leaving a clean environment and no problematic waste.