What Are the Most Efficient Types of Biofuels

There are literally dozens and dozens of biofuels being used and researched today. Making biofuel out of different materials has become a major priority for businesses and researchers as a top priority status has been placed on creating and perfecting alternative forms of energy and types of biofuels. 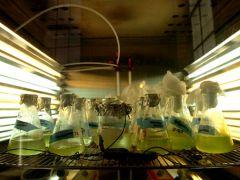 1. Ethanol
Ethanol fuel is the most commonly used biofuel. It is an alcohol-based fuel made by fermenting sugars derived from food sources such as wheat, corn and sugar cane.

2. Biodiesel
Biodiesel is the most common biofuel used in Europe. It can be used in any diesel engine when mixed with mineral diesel fuel. Making biofuel such as biodiesel involves transesterification of oils and fats from animals and plants.

4. Biogas
Biogas is commonly made from cow manure using an anaerobic digester. Landfill gas is an example of a low quality biogas.