Is global warming fact or fiction? That depends on whether you ask the global warming skeptics or those who believe. Global warming is a fact, but the causes and effects of global warming and whether this occurrence is natural is open to debate for many. The global warming fact or fiction argument is because some believe that man has contributed to this environmental problem while other claim it is entirely nature that is doing the job. Through thousands of years the earth has naturally had warming and cooling cycles, and global warming skeptics point this out and say that shows man is not responsible. The release of greenhouse gas emissions like methane, carbon dioxide, and nitrous oxide, as well as many others are caused by mankind though. This means more of the gases available to trap heat in the atmosphere, holding it close to earth without being released into space. 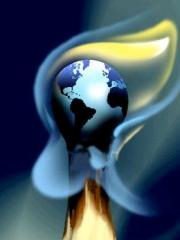 Arguments over the causes and effects of global warming do not dispute that the world is changing climates and temperatures, just what is causing the problems. IS global warming fact or fiction? Even the most ardent critics of global warming have to admit that there is a problem when ice shelves, polar ice caps, and permafrost are melting at alarming rates. Much of this ice and frozen land has never melted before, even with all of the natural climate changes that have occurred through the history of the planet. The changing temperature threatens many wildlife species, as well as people and the entire world. Steps must be taken to prevent this problem from getting worse, and this means controlling greenhouse gas emissions.

One Response to “The Truth: Global Warming Fact or Fiction?”