As we all know, the US is a huge importer of oil, and many of the oil producing countries that it imports from are not the most savory. Some of them have terrible human rights records, some have extremist governments, and some are just downright dangerous and unstable – and that is what this article is about. I have taken a look at all the major oil exporting countries to the US, and come up with the top 3 that are as far away from Norway as you can get, if you know what I mean… 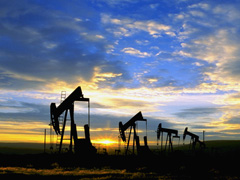 1 – Venezuela
This comes as a surprise to some, considering the relations between the two countries, but Venezuela is number four in the list of oil exporting countries to the US, after Canada, Saudi Arabia and Mexico, at more than 900,000 barrels a day. So is Venezuela stable? Absolutely not! I travelled there myself one year ago and I can tell you that I have never been to a country that is in such a mess. None of the governmental institutions are functioning properly. The economy as a whole is in shatters and very little, other than oil, is produced in the country. Crime is off the scale. In fact, Venezuela is one of the most crime ridden countries in the world, and is way more dangerous than, for instance, it’s more notorious neighbor, Colombia. Anyone who lives in Venezuela will tell you that this corruption ridden country with deep political divisions is extremely unstable.

2 – Nigeria
Just below Venezuela in the rank of oil exporting countries to the US, Nigerian oil is known for its excellent quality, which is perfect for producing high grade gasoline. But the good news ends there. Behind Somalia, it is officially the most corrupt country in Africa (and that takes some doing!), and the oil industry there has been fraught with tension for decades. Aggrieved that only a small proportion of the revenues from oil actually remain in the country, and wanted some of pie for themselves, militants have been attacking the oil refineries and kidnapped foreign oil workers since day one. These local militias have been increasing in strength for a long time, and are heavily armed. Better so, in fact, then the local police. Most people in the business consider this source of oil to be particularly unstable.

3 - Iraq
The sixth biggest oil exporter to the US, with about half a million barrels a day. There’s not much I can say about the instability of this country that you don’t already know! Many pundits believe that Iraq will break up some time in the next few years, as violence between different ethnic groups continues. The combination of external interference and internal fragmentation is unfortunately leading this country to the scrap heap. Yet another huge importer of oil to the US which is incredibly unstable!