The Strides of Boston

The Energy Savings and Industrial Competitiveness Act of 2013 (designed to update government buildings to improve energy efficiency, institute electricity-saving measures for government computers, and make it easier for agencies to switch to electric and natural-gas-powered vehicles) is stalling on Capitol Hill. Like everything else these days, the legislation is getting bogged down in the bureaucracy of the Patient Protection Affordable Care Act (PPACA) despite strong support from the President and other alliance groups. Meanwhile, some of America’s biggest cities are beating Washington to the proverbial punch and setting the best environmental examples. 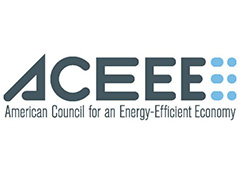 According to a new ranking by the American Council for an Energy-Efficient Economy (ACEEE), many U.S. cities are implementing a variety of energy-saving measures such as requiring more efficient building designs, building electric vehicle charging stations and promoting bike sharing. This knowledge comes on the heels of an ACEEE evaluation involving 34 U.S. cities. The criteria: Just how “green” were these places in terms of building design, transportation, utility programs, local government operations and community-wide initiatives?

Which city is at the head of the class? Boston, it turns out, earned the highest score. With 76.75 out of a possible 100 points on ACEEE’s scorecard, Beantown beat out other front-runners like San Francisco, Portland, Seattle, Austin and New York City. Of course, Bostonians must’ve done their part by being receptive to a host of changes, but at least partial credit must go Mayor Thomas M. Menino.

In 2009, he created the Renew Boston initiative, which set a goal of reducing the city's electricity consumption by 200 megawatts—enough to power 92,000 homes.

According to Patrick J. Kiger’s article on www.nationalgeographic.com, “Menino unveiled a new program to help residents make energy-saving improvements in their homes. The city is offering up to $3,000 per home in subsidies for upgrading insulation and as much as $250 to defray the cost of replacing obsolete, energy-wasting wiring.”

In a phone conference unveiling ACEEE’s results, Menino had this to say: “I always believed that mayors have a responsibility to push the envelope on reducing greenhouse gas emissions.”

On top of all the other lofty goals mentioned above, Boston has also negotiated bulk pricing for residential solar panels. In the meantime, the city is giving free evaluations to identify problem areas that are causing energy waste and raising utility costs in people’s homes. And, if that wasn’t enough to shame the rest of the nation, Beantown has integrated solar-powered trash compactors in public—adding new and multi-dimensional meaning to the term “recycling.”