The Four Worst Polluting Companies in the U.S. – Part 2

This oil giant is best known for the 1989 oil spill, which severely contaminated Prince William Sound with 11 million gallons of oil. It is also known for sponsoring deniers of global warming. Deniers of global warming are those who propagate that global warming is a myth. The funding Exxon gives to such groups is designed to create uncertainty around the science of climate change. This scheme was implemented the exact same strategy used by the tobacco industry to keep uncertainty surrounding the dangers of smoking. Exxon’s goal is to integrate these uncertainties into common knowledge until they become close to “facts.” Unfortunately the plan has been successful so far, and thanks to them the global warming deniers already have a large following in the US. It is very difficult to prove Exxon’s devious actions, but talking about them is a viable first step. 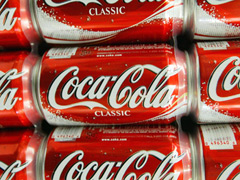 Besides the childhood obesity and manic sugar levels that is overtly brought on by soft drink advertising, the Coca-Cola corporation has done some pretty bad environmental damage in India. Its factories are known to use a daily amount of one million liters of water, which leaves thousands of nearby villages suffering from extreme droughts. The wastewater left by the factories is also disposed of incorrectly, which contaminates all the leftover water. This is an ongoing problem in India, a country where it is difficult for laws to be enforced. The all powerful Coca-Cola Company is benefiting greatly from this situation, to the detriment of the poor and voiceless.

Posted on May 3rd under Pollution Reduction.
Permalink | Comments (0) | Technorati — View blog reactions | Save to del.icio.us