The Effects of Global Warming in Canada – What Can Canadians Expect in the Coming Decades? 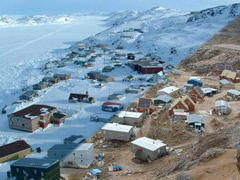 Canada and global warming is not a new issue on the block, and it is little wonder. Canada has so much unused territory at the moment and it is just begging to be utilized in an efficient way. Canada is projected to have a growing population and a more developed north, as well as shipping lanes going through the Arctic Ocean, which was impossible before. Other effects of global warming in Canada include freeing up natural resources hidden in the north, such as fresh water, gas and oil. This will lead to building more infrastructure and attract more immigrants to the northern rim.

Another important aspect for Canada and global warming is tourism (to read some interesting facts on global warming, click here). As the temperatures go up, Canada is projected to experience an increase in its tourist influx. It’s a fact that people like warmer temperatures, so Canada will become a more favorable destination. Also, people tend to be healthier in warmer temperatures. One of the effects of global warming in Canada is that there will be less flu epidemics in the winter, which cost the healthcare system hefty amounts annually.

Another benefit of global warming for Canada is that its forests should become more productive. Southern forests are projected to grow better, and the northern ones should be expanding well into the tundra, which will lead to an overall change in the type of trees that grow in different regions. This could also lead to a number of advantages for farmers in Canada, if they can learn to benefit from increased precipitation that is due to come with global warming.

Having said all this, there is no reason to celebrate just yet. While the northern regions may see some benefits from the planet that is warming up, the rest of the world will be suffering from tremendous losses. For example, the tropics that are now considered “lungs of the planet” are projected to become complete desert, which will have catastrophic effects on the earth’s overall well-being. After all, Canada is only a small part of the world, and it is unfair to regard its effects as “benefits” on a backdrop of a world of suffering. Overall, the negative effects on the rest of the world will far outweigh the local positive climatic changes for Canada.