The Climate Cheat Sheet: How to Win Any Argument

A few years ago I had the opportunity to drive to my best friend’s home for Thanksgiving. We have been friends for many years and share the same belief system, that most would refer to as liberal. Unfortunately, her husband’s family members are not of the same philosophies, and what occurred at the dinner table on the topic of climate change, is often the same story around the country. 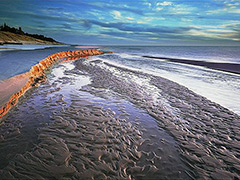 The last place you want to have a political or climate change argument is at a table with some rather hard headed conservatives who would rather argue than be thankful for the food and holiday. As a liberal we are already quite aware of the anger-issue that backs the statistic spewing conservatives and I usually try to side-step to keep the peace. In this case, my friend’s family members wouldn’t give up, even when we changed the subject. And so, my best friend had a pained look on her face and I tried to show a patient smile; and we unwillingly jumped into the discussion.

Here are some of the key factors to use when talking to anyone that simply wears blinders when it comes to the topic of global warming:

First argument: Carbon dioxide is natural, harmless and good for the plant life. While this is partially true, plants do absorb CO2, but we are exuding so much carbon dioxide that the plants cannot absorb it. This is causing the greenhouse gas effect which has cascaded into the warming of the planet. Ocean levels are not only rising, but experiencing an acidification; extreme weather conditions are occurring and the U.S. Army is even considering climate change as a national security threat because around half of the world’s population live on or near a coast.

Second argument: The scientists have skewed the data and it is a big left-wing conspiracy; including the Climategate scandal. Actually, the data that was in the email was correct and even other countries such as the United Kingdom examined the information and found it to be correct. 97% of scientists around the world are in agreement that the climate is warming based on human contribution to pollution. In 2005 the US science academy along with ten other countries around the globe cosigned a statement confirming this. The 2007 IPCC report came in hands down that global warming has been caused by human pollution.

Third argument: The warming and cooling of the earth is all part of a natural process that has happened throughout history. The globe has gone through historical warming and cooling phases, however, the 2005 one thousand page draft of the National Climate Assessment, which involved 240 U.S. scientists stated that the globe is warming and we can expect more of the intensity in the future such as the hottest year on record in 2010. The effects will include massive weather changes and floods. So this is happening now and all of the pollution that we are spewing into the atmosphere is making it worse.

5 Responses to “The Climate Cheat Sheet: How to Win Any Argument”