Solar energy in the US – Obama is spending huge.

Great news for the solar energy industry in the US this week as Obama announced his new initiative in his weekly address, saying that the government is going to shell out nearly $2 billion for new solar power plants in the US as part of the Recovery Act. Obama said that this will create thousands of jobs and significantly increase the use of renewable energy sources in the US.
Clearly Obama is looking into the future for potential growth industries in a bid to make sure that such industries and their jobs take root within the US. The solar energy industry has one of the highest growth potentials in the medium term amongst all types of renewable energy sources. 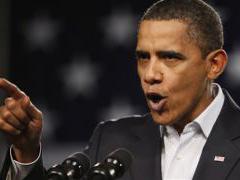 "We will carry on competing aggressively to be sure that the industries of the future and jobs take root in America," Obama said. He continued by saying that "after years of watching companies build and create jobs overseas, it's great news that we've attracted a company to our nation that will build a plant and create jobs right here."

The US government effectively guaranteed loans to two solar energy two companies. The first is Abengoa Solar, which is going to build one of the world's biggest solar plants in Arizona, and in doing so will create more than 1,600 jobs in the construction industry. The plant will eventually generate enough energy to power 70,000 homes. The second is the solar panel manufacturer by Abound Solar Manufacturing, which is located in Colorado and Indiana, and which will create over 2,000 construction jobs and 1,500 jobs thereafter.

Obama has a long term strategy to confront the nation's two major energy challenges: its dependence on foreign oil and global climate change. Obama's comprehensive plan to combat global warming and energy security, which was released in autumn 2007, will:

Though solar energy companies, and other renewable energy companies have seen their stocks fall this year, with the government giving the solar energy sector particular priority, some investors are investigating the best ways to enter into this sector. To find out more about alternative energy stocks go to: blogs.forbes.com

More information about the background of Obama's energy program can be found here.