Soaring Population: No Food, No Fuel

A United Nations report in January, 2012 is point blank and honest: we are running out of time to ensure that the world has enough food and fuel to accommodate the anticipated nine billion people by the year 2040. At this rate, it is estimated that over three billion people will be thrown in the frays of total poverty without appropriate supplies of food, water and fuel. 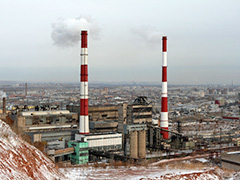 The Rio+ summit that is planned for June, 2012 in Brazil has the topic of planetary sustainability on the topics of discussion. The hope is that there can be an agreement for an overall plan of global development goals that will involve international involvement. This will encompass both private sector as well as national participation to develop an action framework called “the evergreen revolution”.

The outcome of the summit and plans are the goals of reducing natural resource use while at the same time doubling productivity and resulting in less biodiversity loss. Ecosystems of marine and water management will be addressed for more efficiency and use for sustainable energy. The use of natural resource and carbon will have a global control with a taxation process towards a more balanced approach and the goal is to eventually reduce the use of fossil fuels completely. Countries that do not comply with the world requirements will be given disincentives for their practices. This will be balanced by a more reward-oriented international system, giving incentives to those countries that adopt longer-term sustainable practices.

The investment, banking and sovereign wealth of the world will also be involved in the plan to encourage development and investing in the sustainable attitude with watch dog organizations to oversee that those that do not adopt and participate in the policies. Scientists and governments themselves will be involved in the decision process to examine relationships between science and policies adopted. Guidelines to advise in environmental ‘tip over points’ for the thresholds will be used for the ultimate decision making.

One might think this is not only a drastic but potentially daunting task to undertake on a global scale. In essence, this is the truth, but sometimes extreme measures are needed before the world goes beyond the point of reversing the process. We are on the very edge of total global collapse, with the potential of placing every ecosystem in danger and increasing the complete poverty level for over three billion people. This kind of step is not only cautionary, but has become a requirement. It will involve the participation of every nation, scientist, engineer and person in the world to create environmentally friendly and sustainable processes around the globe.