In an effort to combat global warming, pollution, excess waste and a whole other slew of environmental problems companies and individual consumers are starting to choose corn plastic. The choice to buy biodegradable plastic wasn't realistically available until a few years ago when corn plastic became usable enough for things like utensils, and containers. 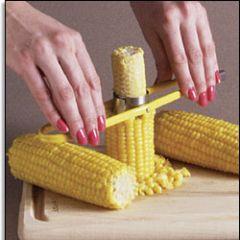 Corn plastics are made through a process that boils down the corn into starch liquid. It is then centrifuged so that the oil is separated from the starch. Once the starch is left it is mixed with citric acid and other ingredients and the result is a long chain polymer. Long chain polymers are the building blocks of plastic materials.

Corn plastics are also largely made from genetically modified corn. Because the demand for ethanol fuel and corn plastic has increased so much, companies have chosen to tamper with corn genes in order to produce higher yields. Time will tell just how harmful this tampering may be to the environment and people.

Some pros include corn plastic does not emit greenhouse gases, and degrades much quicker than oil based plastic. Using corn plastic also cuts down on using the nation's oil supply to make regular plastic.