As expected, the Obama administration has elected to bypass the ever-divided Congress on the issue of power plant emissions, announcing that new rules will be issued through the Environmental Protection Agency in order to drastically cut down on greenhouse gases through a series of new standards and restrictions. 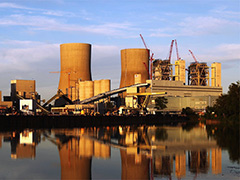 On Monday, Obama will propose the new rules that require power plants to reduce emissions 30% by 2030, backdating the start date to 2005’s statistical data. The proposal could set a new precedent, as no such rules have ever been passed regarding existing power plants.


While reduction goal will be stringent, one of the key’s to Obama’s proposal will be the freedom bestowed upon individual states to determine the best path to getting there. Among those options are cap and trade programs, the modification of efficiency standards, or even the increase of renewable electrical energy.

The new carbon emissions rules have been in the works for some time, as details surrounding the rules began to trickle in after the National Climate Assessment, a devastating federal report chronicling the effects and future impact of climate change.

Obama, who already exceeded expectations with the announcement of the 30% figure, as previous reports predicted 25% would likely his administration’s demand, took a hard-nose stance against climate change and America’s lack of action until now.

“As President, and as a parent, I refuse to condemn our children to a planet that’s beyond fixing,” declared Obama. “A low-carbon, clean energy economy can be an engine of growth for decades to come. America will build that engine.”

The figures already look promising. Statistics indicate that emissions of greenhouse gases have dropped 12% on average since 2005. Although advisors to the coal industry are decrying the new proposal by forecasting significant job losses, environmental experts agree that these changes are necessary, or ocean acidification and rising sea levels will be an inevitable reality for future generations.

Only time will tell whether or not the proposal stands, and whether the changes to emissions policy demonstrate a lasting effect on the environment.