Nanotechnology Could Be The Key For Green Energy Storage

The development of a battery that can store enough energy to power automobiles and other large machinery even when the wind and sun are not viable resources, has been an ongoing struggle for scientists. Now, that struggle may be alleviated by a new form of nanotechnology with the ability to revolutionize the way researchers approach energy storage. 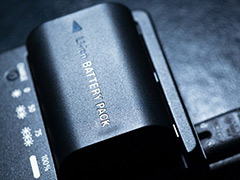 "Nanopores" are holes in a ceramic sheet that are smaller than grains of salt, and contain enough components to produce an electric current. By connecting a billion of these holes in a "honeycomb fashion," scientists are able to harness enough energy to create a tiny battery that has the ability to recharge thousands of times over. Their microscopic size allows researchers to pack many batteries into a small space, while the battery itself performs quickly by transferring energy across a short distance, again, thanks to its size.
In recent years, the limitations of the lithium ion battery that grew to prominence in the 90s and 2000s has become apparent, and companies continue to strive for a better alternative. The U.S. Department of Energy has even committed funding toward new ways to create energy through chemical reactions. A battery that can charge quickly and last for long periods of time would be a significant step for the Green movement, which has struggled for years to end the oil industry's stranglehold on global energy.

While nanotechnologies offer a solution to several of the problems inherent in green energy storage, the methods and materials used in this area of science are not yet cost-effective. Developers are close to bringing new cell phone batteries to the market that will have the capability of charging phones within a few minutes, however, the commercialization of similar types of batteries for automobiles is still quite some time away. Once researchers find ways to bring these new technologies to the market affordably, the sky is the limit.