Green power at West Bank has made news headlines, for a number of different reasons. The first is that renewable energy sources and sustainable energy were used, the second is that the project was undertaken by Israelis to benefit a village of Palestinians, and the third reason is the impact that this project has had on the lives of the villagers. Alternative energy sources include solar and wind power, and this may be just the first step in the right direction. Green power at West Bank villages which have no electricity or power was undertaken by Comet-ME, which is a peace activist group which includes Israeli physicists, scientists, and environmental activists. The group saw that the village of Susya, West Bank did not have any power at all, and this is one of the poorest villages in the region. 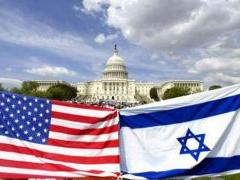 Comet-ME started to create green power in West Bank to help the village meet basic needs, and the project involved both Israelis and Palestinians working together, in a project that helped to build up trust between traditional enemies in this region. The renewable energy sources used allow the villagers access to sustainable power which is provided by solar panels and wind turbines. The power is free to the villagers, and causes no environmental damage at all. This project is considered such a success that Comet-ME is considering using alternative energy sources for green power at West Bank villages in other locations as well. The impact on villagers is enormous, and with no phone lines green power means cell phones can be charged, and life may become just a little easier with appliances and lights.