How does Geothermal Power Work? – Updated Article With New Information 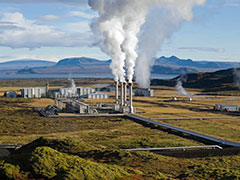 1) In the last 30 years, global warming in Antarctica has sped up, and no less than seven gigantic ice shelves have reduced in area by 14,500 square kilometers.
2) The global warming effects on Antarctica is five times as strong as anywhere else. In the last fifty years, the continent hasexperienced a warming of around 4.5F, or 2.5C.
3) The Southern Ocean is warming fast. Measurements from the Southern Ocean waters around Antarctica showed an increase of 0.3F, or 0.17C in the average ocean temperature between the 50s and the 80s.
4) The global warming effect on Antarctica is rapidly decreasing its ice-thickness. For example, on one of the islands of Antarctica, called Signey, the permanent ice cover of its lakes has decreased by more than 45% in the last 60 years.
5) The famous Larsen B ice shelf has lost 3,250 square kilometers in the last 50 years. In 1995, 1995 km squared disintegrated suddenly, and in January to February 2002, the northern section of the shelf disintegrated. Nothing like this had been observed since scientists started studying Antarctica.
6) A large number of Antarctic penguins have suffered due to these changes. The population of the ubiquitous Antarctic penguin, the Adelie Penguin, has reduced by more than 33% in the last 25 years.
7) Scientists are very concerned about the fate of the massive West Antarctic ice sheet. If it collapses, it could raise sea levels by as much as an incredible 5.8 meters, which would be catastrophic for many islands and coastal areas around the world.

Antarctica remains the best guide scientists have to the impact of global warming. Many predictions that they make regarding the rest of the world comes from what they witness in Antarctica. For a variety of complex reasons, this part of the world is abnormally effected by global warming, and whilst the globe as a whole has not heated up that severly in recent decades, this region has got a lot hotter.

One of the most worrying aspects of global warming is rising sea levels, especially as most of the world’s great cities are located on the coast. Antarctica is the main reason that sea levels are rising, as that is where the majority of the worlds water is locked up in ice (thousands times more than, say, the north pole). Hundreds of scientists are stationed on Antarctica as you read this article, systematically recoding the breakup of ice sheets and reduction of ice cover.

In this article I have given some information on how does global warming affect Antarctica. On thing is clear, and that is this will eventually touch all of our lives. Let’s hope that society can move towards a sustainable future as quickly as possible in order to mitigate the effects of global warming in Antarctica and the world, and to keep the impacts of climate change to a minimum. The worst case scenarios projected by scientists (computer models) are unthinkable, but with rapid action we could still stay with the limits of the best case scenario (2 degree global increase in 100 years).

For the original story, and further information on the global warming effect on Antarctica, click here

5 Responses to “How does Geothermal Power Work? – Updated Article With New Information”