What is the Controversy of Federal Aviation Administration’s Wind Turbine Decision?

In a surprise move, one that reverses a decision made by the FAA at an earlier time, a new decision was made about the approved FAA wind turbines, which were scheduled to be erected in the state of Massachusetts. This wind energy story started with a proposal made by the Massachusetts Army National Guard to place 17 wind turbines at the Massachusetts Military Reservation on Cape Cod. At first, eight of the FAA wind turbines were approved, but within a week this decision was reversed and only three of the original eight approved were found to meet standards for FAA wind turbines. According to the agency, the five that were approved and then later denied posed a safety hazard because they would stand 400 feet tall, leading the charge that they were dangerous at over 200 feet to aircraft in the area. 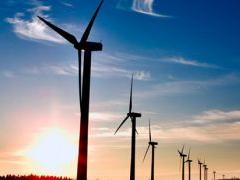 The controversy over the FAA wind turbines is not one that will go away any time soon. A spokesman for the National Guard said that they were told by the agency that the reversal was made because new evidence became available for consideration, though this new evidence had not been disclosed at this time. The wind energy proposal played a big part in one of the goals of the governor of the state, Deval Patrick, to have 2,000 megawatts of wind power generated in the state by the year 2020. There are many state officials who are also behind the wind farm and have been quite vocal in their support. The National Guard has said that they will continue to work on the wind farm though they may have to change the plans.

One Response to “What is the Controversy of Federal Aviation Administration’s Wind Turbine Decision?”