Ethanol and Void: How Ethanol Is Not the Solution

A new study, funded by the Federal government no less, suggests that cellulostic ethanol is not the miraculous alternative to gasoline that it was hyped to be. Big surprise, right? The biofuel, concocted from the byproducts of growing corn, has always been a half-hearted fix. Now, the scientific evidence is there to back it up. 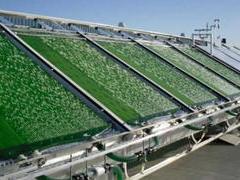 The study posits that ethanol actually produces 7 percent more emissions than traditional fossil fuel when considering short-term effects. Looking through the prism of this new information, ethanol no longer meets the emissions targets set forth by the 2002 CAFE Standards meaning it’s a dead end for reducing global climate change as well.


We can already see the federal government as well as industry and trade lobbyists beginning to back-peddle and realign in order to disprove the findings of their own study. After all, they’ve spend billions trying to paint ethanol as a cure-all. If the public no longer accepts it as an interim solution, they know they’ll have to start saying goodbye to the endless cash cow that is the outdated automobile model.

According to S.E. Smith’s recent article published on the Environmental News Network, “There are two issues of concern, and the first involves the material used. Traditionally, when corn and other crops were harvested, the stalks, leaves and other byproducts were left on the fields and plowed back into the soil to enrich it. This also trapped carbon. By removing these materials to make ethanol, fuel producers are actually releasing trapped carbon, and they’re degrading the quality of the soil, which is an issue of growing concern across the agricultural sector, where unsustainable farming practices are wreaking havoc on farmland.”

The other area of concern involves the land used in ethanol production. When forests and other natural regions are slashed and burned to create room for crops that produce ethanol, the process releases loads of atmospheric carbon. Furthermore, as more crops are relegated to ethanol production, land must be cleared of brush and other obstacles elsewhere to make room for eatable crops thus releasing that much more carbon into the air.

Perhaps Smith said it best:
“If the industry can find better sources of feedstock — like materials that are currently going to landfills — it could potentially develop an ethanol that is every bit as green as was originally promised.”