In the last twenty years, the content of GMO (genetically modified organisms) in foods has increased to almost eighty percent of the packaged foods that we consume. Most of these GMO’s have not been examined for long term affects in the human body. Dr. Oz, famed physician, along with other scientific experts examines what we are doing and how Monsanto is making a big killing at our expense. 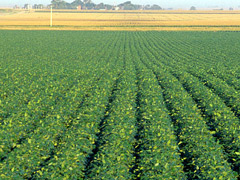 Genetically modified foods involve an alteration in the genetic DNA makeup to create a food type that can grow faster or is resistant to disease or insects, as compared to the standard product. This process can involve a combination of breed types as well as a change in the specific DNA structure. It has come to such an alarm that six European countries have banned GMO’s so that they cannot enter their country and potentially contaminate their own food sources.

The most common GMO foods that are consumed in the U.S. include: soy, cottonseed oil, corn oil, cotton oil, sugar beets. Most of the sugar in our products is derived from sugar beets. The more recent concern over GMO foods has led to some manufacturers actually adding a non-GMO label to their foods. Physicians and scientists are also raising an alarm that the addition of GMO has actually increased the use of pesticides on crops. The American Academy of Medicine stated that all doctors should be prescribing a non-GMO diet. On the other side there seems to be university studies that repute the negative studies that are warning against GMO’s.

Monsanto is the major company that has led the GMO products. Monsanto insists that there is no known proven harm that is involved in GMO. The mega corporation insists that the GMO process has addressed the topic of world hunger, offering GMO food for both people and livestock. In the next few years, Monsanto may be receiving approval from the FDA for a type of GMO salmon.

In the European market, if a company wishes to bring a GMO crop to the market, there is a high level of testing requirement. In the U.S., the FDA does not require this kind of testing. There are sixty five disorders that have been associated with GMO’s around the world. Most of these disorders are appearing in the livestock that are being fed the GMO’s.

According the interviews, nine out of ten people would purchase non-GMO products if they see that GMO is listed on a label. The non-GMO labels are a more recent addition to some of the grocery store choices, but are still not adopted in many of the products that we buy. The question has arisen that if Monsanto is so proud of their GMO products, why won’t they add the facts and data to their labels?

While there is a controversy that seems to be maintained over genetically modified organisms and the long term effects they will have on the ecosystem, it seems that under the guise of no long-term testing and the banner of less global hunger, the only one benefiting from the process is Monsanto.

The question arises: if all food is labeled with the GMO or non-GMO labels, which would you buy for yourself and your family?