Deforestation and Global Warming: There Is No Fire Without Smoke

Global warming impacts can be slowed or even eliminated if we can stop causing damage to the earth and the environment. The forests are needed as carbon sinks and air filters, to slow down global warming and help prevent severe damage to the earth. The practice of deforestation in many countries has already caused serious harm to the environment globally. The forests should be a concern of every person and country in the world, because their loss will affect us all, and not just one area or country. The countries which profit from deforestation do so at the expense of increasing global warming and the changes to the atmosphere. This practice is extremely harmful and must be stopped all around the planet, to preserve and protect the atmosphere and prevent the further release of greenhouse gases. 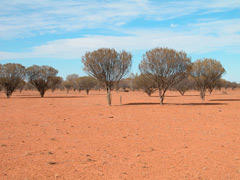 Deforestation and global warming are related. The fact that deforestation is contributing to the global warming problem is proven. Trees are made up of fifty percent carbon, and they act as air cleaners to take in pollution and release clean oxygen into the air. The rain forests and other large forests around the world are being cut down at an amazing rate, and this can have devastating consequences for the entire planet. These trees act to keep greenhouse gases out of the atmosphere, and they have beneficial global warming impacts.

Global warming is accelerating, and if we continue to cut down the trees and destroy the forests this will only happen faster. Each tree that is cut down and burned will not only not be available for filtering out greenhouse gases from the air but the burning process will deposit even more carbon into the air, making the problem worse in two different ways. Fossil fuel use gets a lot of blame for global warming, but deforestation is just as responsible. Both of these processes need to be stopped, to prevent global warming from speeding up and to protect the planet.

Global warming impacts can be widespread and varied. Temperature changes can occur, as seen in the ice shelves which are quickly eroding and disappearing, but it does not always mean warming. Some areas of the earth may become colder, or very dry, and may be inhospitable to habitation for humans, animals, and plant life. The sea levels can rise, causing many areas along the coasts of the world to flood and become part of the oceans. This can lead to fertile land shortages, and possibly crop and food shortages in some areas. The global warming problem can affect almost every area of the globe. Deforestation and global warming both go together, because the trees trap the greenhouse gases so that they can not contribute to global warming. This is not possible if the trees are gone because of deforestation.
It is up to to us to take steps to make sure that the earth is still livable for future generations to come, and if deforestation continues and global warming speeds up significantly this may not be possible. Deforestation and global warming are connected, and one leads to more of the other. Protect the forests and work to keep them standing, so they can continue to act as carbon sinks and help purify the air. This will help lessen the global warming impacts and minimize changes that occur due to global warming because of this. Some people may doubt the connection between these two but it is there. Just the amount of smoke around this subject shows that there is fire somewhere underneath. Not allowing the forests to be cut down is the first step to combating global warming.

18 Responses to “Deforestation and Global Warming: There Is No Fire Without Smoke”