As recent years have shown, the effects of climate change can be far reaching. Extreme weather and the melting of polar ice caps are only the first and most obvious ways in which climate change has shaped the earth, and now experts believe our diets may soon be altered by warming earth temperatures as well. A report just issued by the Intergovernmental Panel on Climate Change, a UN focus group of scientists and experts, indicates that many crops, including corn and wheat, will begin to decrease in numbers by 2030 and subsequently decline by 2% per year. 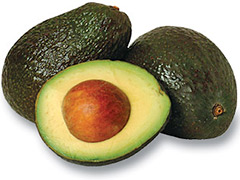 While the reports anticipates some crops to actually grow better in warmer temperatures, overall, the negative effects of climate change are expected to be negative and costly. Food costs will rise as a result of the shortages, which could result even more difficulties for Americans already struggling to maintain a nutritious diet.

Some crops have already started to feel the effects of climate change. Avocados are considered potentially endangered after the extreme droughts running rampant throughout California. The popular restaurant chain Chipotle recently warned that if these trends continue, they may be forced to temporarily halt production of guacamole.

Grapes and almonds are two more vulnerable crops because they both thrive from sustainable temperatures in summer and winter, respectively. Grapes could be damaged by extreme summer heat, while almonds require long periods of time during winter when temperatures are under 45 degrees, otherwise they may not bud properly in the spring.

Even milk, which is best produced in temperatures between 40 to 70 degrees Fahrenheit, might one day need to be imported from areas of the world that maintain cooler climates.

Underestimating climate change could prove to be the ultimate folly of mankind. Although many of its effects arise subtly and slowly, humans must recognize the risks and act against them, lest the riches afforded us by the environment, such as a wide array of vegetable, fruit, and dairy products, may one day disappear completely.