It looks like coal is destined to overtake oil as the top energy source by the year 2017. While coal does bring less CO2 emissions than standard fossil fuels, it is by far not the answer to address the environmental problem. This doesn’t seem to make a difference, as the consumption is increasing in every location except the U.S. 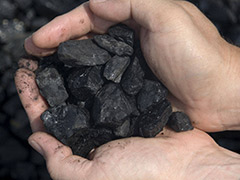 The demand for coal as one of the top energy sources sped up to unprecedented rates over the last ten years. It has slowed down a bit, with China being the top consumer and India coming in second as well as being the top seaborne importer of coal. According to IEA, the latest report is showing that around the globe, the estimate will be that by the year 2017, 1.2 billion tons of coal will be burned each year. The increase is comparable to the current coal consumption of the U.S. and Russia, combined.

The world wide love affair with coal touches about every country, but in the U.S., it is natural gas that reigns supreme. This unique situation is based on the assumption that a more efficient gas market, combined with flexible prices and the ability to locate gas via unconventional resources has brought an alternative to coal use. Coal, compared to oil does reduce CO2 emissions as well as trickling down to the average consumer in the reduction of electricity costs, but it remains a high pollution resource when compared to renewable energy sources.

The tides, however, may be making a change in China, as they are investing in their own internal renewable and sustainable energy infrastructure and it is anticipated that their high demand for U.S. coal will be drastically reduced. Up to now, U.S. coal companies have been exporting huge quantities of coal to China and that cash cow may be drying up soon.