BP’s Settlement: are They Getting Away with a Slap on the Hand (and Lots of Profits)?

If you fell prey to believing the BP commercials on television regarding their intense care for the earth and their intension to take care of the massive oil spill problem, you are not alone. But as with many of the oil giants, there is a hidden agenda behind the spin and it includes a disappointing settlement that is far from covering the devastating effects that their oil spill and leak caused. 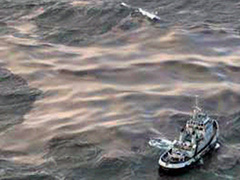 While BP has agreed to plead guilty for obstruction in ‘lying to Congress about how much oil was pouring out of the ruptured well”, there is an upside for BP as it is reported that this guilty plea will be exchanged for a waiver of any future prosecution on the charges. Some sources are indicating that it will not cover outstanding federal civil claims. This disastrous agreement between BP and the United States government is sending a clear signal to all oil companies that there really isn’t any need to be protective in their eternal pursuit for oil; because the punishment for any devastation that they cause will be very light. It will continue to allow oil giants to cut corners and not focus on safety regulations.

The incredible devastation caused by the BP oil spill and leak in the Gulf Coast wreaked havoc on the environment, life and the coastal communities. Lives and life were ruined. While BP was on one side saying ‘don’t pay attention to the man behind the curtain’, organizations such as Greenpeace were actively photographing and releasing pictures of the dead and dying. One of the most potent photos was of a dead sperm whale, killed due to the oil spill.

The settlement is a far cry from the responsibility that BP needs to take, and no amount of positive spin commercials or false pretenses about caring for the environment will cover that.