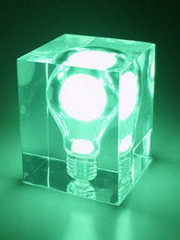 Biomass energy sources are extremely abundant, and can include anything organic. Biomass energy generation allows biomass to be converted into electricity, in a number of different ways, and the biomass sources that can be used to generate this electricity can be varied. Wood, crops which are not eaten or fed to livestock, municipal solid waste, and agricultural wastes can all be used to generate electricity using biomass instead of the more common fossil fuels. Alternative renewable energy sources, including biomass, are much safer for the earth, the environment, and the population of the world. These sources of energy are the sources which will be commonly used in the future, just like fossil fuels are used today.

Wood can be used for biomass energy generation. Wood can be burned, and the heat that results can be used to heat water to steam. This steam can be used to turn turbines that generate electricity. Because wood is burned, and this process releases carbon and other greenhouse gases in the air, this biomass source may not be as clean as some other methods. There are some disadvantages of biomass energy, but they are still much less harmful to the earth and the inhabitants than fossil fuel use to generate electricity.

Municipal solid waste is used in biomass energy generation very successfully. This source is considered renewable because humans will always create garbage, and this allows the waste to be used in electricity generation instead of being tossed in a landfill to clutter the earth. There is an abundance of this waste in the world already, with many landfills in the United States and other countries closing because they have run out of room. Municipal solid waste is one of the most promising biomass energy generation sources available, and there is no shortage of this material that can be used to generate electricity.

Agriculture is an important aspect in any country, and the waste materials from this sector can be used as biomass energy sources. Animal manure, plant stalks and leaves, food crops that are not edible due to contamination or insect infestation, and other agricultural wastes and materials can all be used as biomass energy sources, without harming the environment or adding air pollution. These materials are waste, and will be thrown away, but they can be used instead to generate electricity, and help offset the energy costs for the agricultural operation.

Crops Not In The Food Supply Chain

All crops can be used as biomass energy sources, but one of the disadvantages with this alternative renewable energy source is that food crops were the crops used at first. That is no longer the case, and there are many crops which can be grown on land not usable for food crops currently. These include rapeseed, jojoba, castor plants, and many others. These crops can be burned to generate heat, which is then used in electricity generation.

Landfill gases can be excellent biomass energy sources. As waste is put into landfills, the decomposition of organic materials can cause gases to build up in a landfill, and these can include methane gas. Newer landfills include vents that can allow these gases to escape, so that they do not pose health or safety dangers. Many landfills capture these gases, and then use them in generating electricity used by the operation or business. These gases can be burned to provide heat and energy that is used to generate electricity as the end product. Venting and capturing these gases makes sense from every point of view. They can be used to provide electricity, and they must be vented anyway to keep them from building up underground.

Posted on May 11th under Biomass Energy.
Permalink | Comments (2) | Technorati — View blog reactions | Save to del.icio.us