Biofuel Production: Is it a Road to the Future?

The future of biofuel production is currently a hot topic as there are several pros and cons as well as unanswered questions that only time and research will be able to answer. Proponents see biofuel production as a path to the road to future, while critics say it could destroy the economy and environment. There are several types of biofuels. Biofuels are liquid fuels made from renewable sources such as corn, sugarcane, soy, willow and poplar. 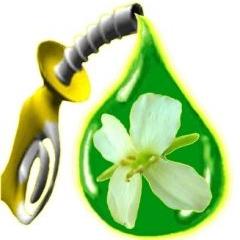 Those who currently support massive biofuel production say it will help the environment, create thousands of biofuel jobs, and reduce our dependence on foreign oil. But many people see mass biofuel production causing more problems than the benefits might justify.

Critics say that there is not enough usable land for biofuel production. They say it would take away from land being used for food production causing conflict and soaring land prices. Another argument is that agricultural commodity prices would soar and be passed down through the agricultural production chain causing a severe economic backlash that would affect millions of consumers, industries, and non-biofuel jobs.

Opponents also point out that biofuel production is too energy intensive of a process and takes too much energy to produce. Critics say that mass biofuel production would raise the overall cost of energy. Other challenges include costs of transportation and crops, and logistical concerns.

2 Responses to “Biofuel Production: Is it a Road to the Future?”