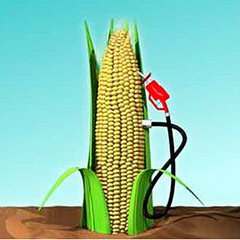 The biodiesel industry has seen significant advancements in the last ten years, and the number of biodiesel producers has grown significantly. The demand for this green fuel has increased dramatically around the world, and advances in technology have helped to significantly lower the biodiesel cost. Part of the reason for this demand is the fact that renewable fuels are being looked at to decrease air pollution and global warming, and another large aspect is fact that many governments including the United States offer financial incentives and tax credits which help offset the cost of producing and using biodiesel. Some governments have also put mandates into place, forcing vehicles, companies, and individuals to reduce their carbon emissions and pollution.

Biodiesel offers many advantages over petroleum based fuels. These advantages include reduced carbon and other greenhouse gases, rural development, energy security, renewable energy sources, pollution reduction, and no conversion is usually needed in the modern diesel engines. Biodiesel producers have increased the production of this fuel by millions of gallons just in the last few years, because demand for biofuels is rising. Governments are restricting the amount of pollution that new cars can have in their emissions, as well as the amount of carbon and pollution companies and factories can release into the air. The answer to clean burning fuels of the future are biofuels. The biodiesel industry has made great advancements in producing and distributing this fuel, and the production process has become much more efficient. Biodiesel does not require feedstock which comes from the food supply, instead many other feedstocks can be used. Algae has been shown to have the capability to supply the oils needed to produce biodiesel, and a fungus which grows on a tree in Patagonia shows great prospects as a source of biodiesel ingredients as well. Future advancements in technology and new discoveries may lead to many other sources of biodiesel ingredients.

Biodiesel producers have become more effective, and they continue the research and development of this fuel, to find better and more efficient feedstocks and production methods. This helps to lower the biodiesel cost and make it more competitive with other fuel types. Biodiesel has been through a number of tests, including being used as part of a jet fuel mixture, and this fuel has shown that it has just as much energy and power as petroleum based fuels. During the jet fuel trial, biodiesel was mixed with traditional jet fuel in a percentage that was not revealed, and then the jet was flown a substantial distance. The mixed fuel reacted exactly the same as the standard jet fuel, showing that biodiesel is a safe and effective alternative.

Biodiesel could very well be the replacement fuel for the damaging fossil fuels that are commonly used today, but before this can happen more refining needs to be done. Just like petroleum based diesel, biodiesel is not as efficient at colder temperatures, which means it is not a good fuel to use in areas where the winter temperatures drop very low. There are ways to take care of this problem, such as having a heated garage among other methods, and the biofuel industry is still doing research and development on other ways to help eliminate these drawbacks as well. Biodiesel has great prospects as a fuel for the future, and can help stop pollution and slow down global warming. This fuel does not damage the earth during recovery like oil drilling and coal mining do, so it is very environmentally friendly as well. Biodiesel can be made from plants, animal fats, and even municipal solid waste, also known as household garbage, making it a very versatile fuel.