Amnesia or Apathy: How the Bee Became Endangered?

In short, the bee, as a genus, has been considered one of the primary commodities of almost every major civilization throughout recorded history. Now, bees are disappearing in droves due to the mysterious colony collapse disorder and beekeeping – as a tradition, vocation and honor – is now generally regarded as a form of farming on the fringe. While entomologists and experts deliberate over the root scientific causes of this dire environmental situation, the cultural causes seem to be going unexplored. In my research, film work and past articles, I have also focused primarily on the scientific aspects of this ecological problem (see "The Slavery of a Bee"). Now, let us retrace our steps and address the history and culture surrounding the amazing honeybee. 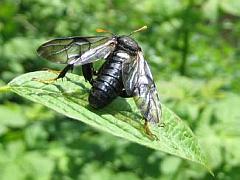 According to the Andrew Gough article "Lost Tradition of the Sacred Bee" in Atlantis Rising, "Honey hunting represents one of man's earliest hunter/gatherer pursuits – its very difficulty hinting at the genesis of the bee's adoration in prehistory. And, of course, it was the bee that led ancient shamans to the plants whose hallucinogens transported their consciousness into the spirit world of the gods."

"It was the Sumerians," Gough explains, "who soon emerged as the forefathers of organized bee keeping. Mesopotamia – modern day Iraq – flourished from the early sixth century BC and is known as the cradle of civilization; and it is here that the Sumerians invented Apitherapy, or the medical use of bee products such as honey, pollen, royal jelly, propolis and venom."

From there, the Egyptian, African, Indian, Mayan, Hebrew, Roman, Minoan, French, Spanish, German and early American cultures all inherited the sacred torch of beekeeping and bee veneration. And, the proof lies in several of these empires' most cherished monuments and mythology. For example, the Egyptian headdress, or nemes, displays black and yellow stripes like that of a bee as does the death mask of the 18th Dynasty Pharaoh, Tutankhamen. The bee was adopted as a symbol of the Pope's clout by the Catholic Church. Napoleon nicknamed himself "The Bee" and the Freemasonry practiced by Presidents George Washington and Thomas Jefferson proudly utilized bee iconography as well. Even political movements capitalize on the collective and progressive nature of a beehive. And, that's just to name a few.

The inevitable question here is that, if bees have been so greatly valued in the past, why then are they dying off on our watch (during this so-called enlightenment and renaissance of "green" initiatives)? Is it symptomatic of collective amnesia, or apathy or a combination thereof? I'm sure there's no simple answer, and maybe nothing can be done. Perhaps the pollinators are one of several Achilles heels on the mortal body that is globalized society. What else can one do but spread the word?

(**Article provided by award-winning filmmaker and guest columnist Jason Kushner. His documentary film, American Colonies: Collapse of the Bee, tackles the phenomenon of colony collapse disorder and its effects on the environment and global economy. He will continue to provide more articles on this subject as his research continues.)

2 Responses to “Amnesia or Apathy: How the Bee Became Endangered?”