Scientists have recently found that we have about 30 years left before climate change reaches a dangerous level. According to Fiona Harvey of The Guardian, if serious reductions are not made soon to the amount of greenhouse gases we emit globally, then we will likely see even more extreme and very dangerous weather changes, including more droughts and heat waves. 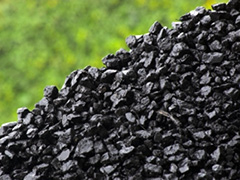 In order to begin to understand how to reduce these emissions, it seems the first course of action is to identify where exactly these emissions are coming from. First, scientists have identified which countries are releasing the most greenhouse gases. In 2008, China contributed the highest amount, followed by the US and then the EU, according to data from the Environmental Protection Agency (EPA).

It’s not a big surprise that fossil fuels are at the crux of the issue. In order to truly save our future, we will need to find a way to eliminate our dependence on them.