7 Answers to the Question: Why Our World is Oil Dependant? 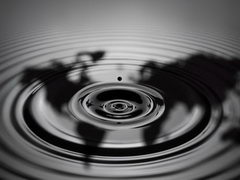 1. Oil Can Be More Convenient Because Of A Wide Availability

Oil dependency, for both the United States and many other countries as well, is a big problem. But why is the world experiencing a continued dependence on foreign oil? One factor is that oil is widely available around the world, and can be used in almost any situation. Alternative renewable fuels may require certain conditions, such as wind or sunlight, and these conditions may not be present. With oil there is much more convenience, and this does play a fact in the dependence of the world on oil.

The dependence on foreign oil that many countries are experiencing are partly due to the fact that global efforts aimed towards conservation are few, and there are not enough programs to address the conservation issue. Energy conservation usually means an effort must be made, and you may be inconvenienced slightly. Too many people are of the mindset that there is nothing they can do, and this is not true. The world population needs to take steps towards conserving energy, as well as changing the sources of energy that are used.

Part of the oil dependency problem lies with the fact that alternative renewable energy technologies may have a higher initial startup cost, so it is cheaper to just build a fossil fuel energy facility instead. Over the lifetime of the facility, the cost of using renewable energy technologies is actually less than using fossil fuels, but many countries and businesses balk at the larger initial cost. Because it is cheaper to use the older technologies at the beginning, this leads to no changes being made.

Oil drilling companies, and their political influence in Washington, has kept changes from being made. There have been a number of bills aimed at curbing the profits that these companies can make, as well as limiting the environmental damage that these companies can do. Unfortunately, these bills have never become law, thanks to the large amounts of money that these companies spend to convince lawmakers to vote against the passage of them. These are the same companies that justified higher gas prices as necessary, while making record profits at the same time.

5. Changes To The Infrastructure Are Needed To Use Alternative Energy Sources

Oil dependency also stems from a lack of renewable energy investment. To use renewable alternative energy sources, changes must be made to the power grid and infrastructure, so that these energy types can be stored and released as needed. More countries have made these investments a priority, and the new president considers this type of investment a priority to end dependence on foreign oil.

6. Inefficient And Ineffective Alternative Renewable Energy Policies In Place Around The World

Oil dependency has become a fact for many countries, and one of the reasons for this is that a number of countries have alternative renewable energy policies that are not effective or efficient. There is no one size fits all energy source, and each country will have different resources to draw on. These policies need to consider the alternative energy resources available, to develop a policy that is reasonable, affordable, and makes the switch away from fossil fuels.

Until recently, large oil drilling companies have had an unfair advantage in the energy industry. Large government subsidies have become common for oil companies, the same companies that see outrageous profits each year. Until these subsidies are ended, and alternative renewable energy sources are given a priority by governments around the world, the global dependence on foreign oil will continue.