As the industrial revolution took hold in the progressing countries, the transportation industry contributed to a huge amount of the CO2 emissions around the world. Those days are making drastic changes, as the improvements made in railway companies alone has reduced the global emissions of CO2 to less than one percent. 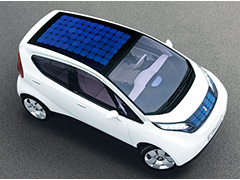 Environmental sustainability is a hot topic in every sector of every country right now; and rightly so. In the transport area, they have been responsible for almost one quarter of the worldwide carbon dioxide emissions and have been on the increase since 1990. Road traffic is the major cause of the increase, but almost every sector continues to pollute, with the exception of railways. The focus on investing in technologies that reduce CO2 in the railways have created a situation where they are now the benchmark of success within the transportation section.

In the last two decades, railways have brought such a high level of energy efficiency improvement that the data in 2009 showed that it cost 13% less energy to move a passenger and 19% less to move a ton of product one kilometer as compared to 1990. That is a real statement on energy emissions reduction. The railway companies and their associations around the globe have recognized and met the challenges and they have plans to continue moving people and the products that we use in even more environmentally friendly ways. The IEA and the UIC work together with over two hundred railway organizations to maintain the discussions, plans and implementations of technologies that will be earth friendly. Few, if any, transportation groups have escalated the importance of energy emissions reductions in the same high priority way as the railway transportation has. They stand as an example of what can be done when the right decisions are made, but the best people.