China is increasingly criticized for its air pollution. With smog so bad it can be seen from space and sky rocketing cases of lung cancer, the country has decided to take action. The problem is that the proposed action will likely cause even more problems for the juggernaut country down the road. 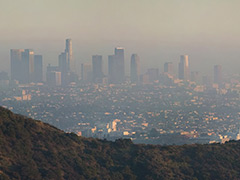 China’s government is proposing an energy shift coal to synthetic natural gas (SNG). According to an article by Kristina Chew on Care2.com, while cutting down on energy from coal can reduce particulate air pollution by 25 percent, the other ramifications of shifting to SNG are not looking good.

First of all, the process of creating SNG still requires the mining of coal. A recent study published in Nature Climate Change has actually noted that this process can wind up yielding up to 82 percent more greenhouse gas emissions than that produced by burning coal for energy.

In addition, the SNG process requires more water than what was needed for coal energy production. A lot more water. In fact, it needs 18 times more water.

This could pose a problem, especially considering where these new SNG plants are going to be built. The World Resources institute (WRI) found that a bulk of the plants are going to be located in areas where water is scarce. The plants may wind up using a whopping 20 percent of the area’s industrial water supply. This could mean outages or a reduced capacity later down the road.

Finally, these new SNG plants are being built where ethnic minorities live. These populations may wind up having less water to use for their livelihoods, in addition to having to deal with the effects of increased greenhouse gases.