What is the Solar America Initiative?

In 2009, the Solar America Initiative (SAI) was established as part of the Solar Energy Technologies Program. The purpose of the initiative is to encourage research and development of solar energy technology as a more cost effective method of renewable energy for the general marketplace. 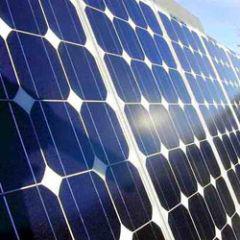 Photovoltaics: The continued research and development of photovoltaic technology in the production of new devices and processes, prototypes and pilot projects, systems development and manufacturing. The goal for the above is to reach photovoltaic technology success to such a degree that there will be grid parity by the year 2015. These goals will be accomplished by working with private industry, the scientific and laboratory community and universities.

Concentrating Solar Power (CSP): This form of solar electricity uses mirrors to reflect and gather the solar rays and converts it to heat which produces steam. The steam is then used to power generators. The benefit to CSP is that it has the ability to generate electricity at a lower cost and deliver power during peak demand times. The U.S. Department of Energy is working with industry partners and scientific laboratories to gear towards a goal of making CSP a competitive and marketable power source alternative by the year 2015. The process will include linear concentrator systems, dish systems, power troughs, thermal storage, the advancement of components and cutting edge technologies.

Systems Integration: Integration is a technology term that is used widely, but often in the wrong context. True integration means a seamless communication between two different technologies, so that they appear to be one technology without the loss of any functionality. With the onset and increase of use of additional solar technology, it will of major importance that the new technology integrates with existing electrical systems. The electrical utilities companies will be working with solar technology companies to develop the new technologies in breakthrough methods. While this sounds rather easy and nice, it will require an entirely new thinking process, along with testing demonstrations and compliance with regulatory codes and standards.

Market Transformation: In layman's terms, this means the encouragement of businesses to adopt solar energy as a marketable commodity that will attract purchases from both private and business sectors. This may be the biggest challenge because all of the other three portions of the subprograms must be working in order to make this last part function. To accomplish this goal, the Department of Energy is taking a proactive approach through a number of venues: Solar America Cities: Financial and technology assistance to cities that want to adopt solar energy. Solar America Showcase: the technical assistance for those larger solar energy efforts in highly visible areas. Solar America Board for Codes and Standards: A board that will work with and coordinate a system of codes and standards for manufacturers, policy makers, and installations. State Technical Outreach: Assistance for state and local governments to access for the successful adoption of solar energy. Utility Technical Outreach: The same assistance for utility companies to access in make a successful transition and integration of existing and new electrical systems. Builder Technical Outreach: Technical assistance to builders and contractors that are incorporating the concept of solar energy into the building process.
Workforce Education, Training and Development: Educational endeavors to all facets of professionals, students, private citizens and industries toward understanding and adopting solar energy as an alternative and renewable resource.

The Solar America Initiative is the largest committed venture of the U.S. Government toward the success of solar energy for America.