What is the funding status of U.S. alternative energy?

Alternative energy has finally become a hot topic in the United States. For years, many have been trying to bring this topic to the forefront, but, without the educational and financial backing of the people, companies and the government have chosen to turn a blind eye. In the last ten years, not only the people of the United States, but the population of the world has realized the devastation that has been caused and will continue to be caused by the use of fossil fuels.

In 2010, President Obama presented a budget proposal to increase the funding of clean energy. The overall purpose of the budget recommendation is to reduce the unnecessary energy use and increase the sources of renewable energy. While the main focus may be to add dollars to the DOE Office of Energy Efficiency and Renewable Energy (EERE), the budget encompasses a larger percentage of private and business sector dollars to encourage the development of alternative and renewable energies. 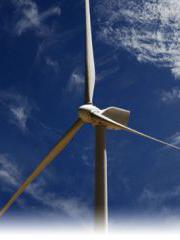 The additional dollars are being made available to allow government and private sector companies the abilities for research and development in such alternative energy topics as: wind energy, geothermal energy and solar energy. The funding alternative energy programs will address a broader scope within the infrastructure and facilities for energy that can be added back to the grid itself (Smart Grid). Additional dollars will be devoted to educational programs for students for the encouragement of more research into renewable energy. This is being accomplished in the hope that there will be more engineers and entrepreneurial endeavors focused on the renewable energy topic.

The $28.4 billion dollar budget request incorporates a higher vision of the government to spread the funding alternative energy projects throughout many sectors of state, local and private citizen efforts. $500 million of these dollars are to support loan guarantees with an additional $10 million specifically targeting The Advanced Technology Vehicles Manufacturing Loan program.

The amount of money that is in the budget proposal is an unprecedented slant towards the realignment of our country towards renewable and alternative energy scenario. Dollars are being divided into one of the widest spans of funding alternative energy than ever before. The organizations, companies and projects of interest will include everything from farming energy, Forest Biomass energy, Fish and Wildlife energy, State and local government energy resolutions, Biorefineries; all the way to facilitation of renewable energy resources on Indian tribal lands. Almost every area of American life will be touched in one way or another by the inception of this budget allowance.

If we expect the world to make any changes in the research and final development of alternative energy, the United States must lead the way. There has never before been a time in our history when our government has focused and invested in such a wide plan to reduce global pollution and encourage alternative energy resources. The successful adaptation of the results of this billion dollar investment with has an affect around the world.