What Are Disadvantages of Ethanol Alternative Fuel?

The alternative fuels definition tells us that alternative fuel is fuel that is made from sources other than oil. To help you decide which is the better fuel ethanol or biodiesel this article will break down some of the disadvantages of ethanol alternative fuel. 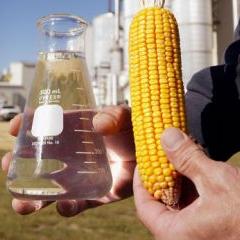 1.Ethanol price instability
Ethanol prices vary greatly even more so than traditional gasoline. In the battle of ethanol or biodiesel ethanol alternative fuel does not have the stability of biodiesel.

3.Ethanol is not widely available
Ethanol is mainly available in the Midwest. For example, California and Texas have less than 100 combined ethanol stations.

4.Ethanol production takes up too much land
Ethanol is made mainly from corn. Opponents of ethanol say that corn crops used for food and corn crops made for fuel would end up competing for land making the price of land and corn raise. These price increases could cause a trickledown effect and raise prices of other items and services.