When it comes to making global decisions on reducing climate change, what better way to move forward than have a world wide meeting to talk about it. That’s just what happened in Paris, where 75 leaders met to discuss The World Energy Outlook 2013. 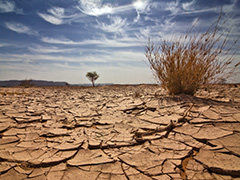 The discussions included ideas, technologies and short term actions that will be required to change the global energy map and limit the increase in global temperatures to no more than 2 degrees Celsius. This is a fairly complex situation as there is a need to examine development methods of low-carbon energy sources and that may eliminate some of the fossil fuel investments that some countries and governments have made.

The generation of electricity and heat combined with transport is responsible for almost two thirds of the energy related CO2 emissions globally. It’s therefore crucial to make progress in a meaningful way when discussing climate change. The sessions concluded that emission in its core scenario are consistent with a longer term goal for an average global temperature increase of 3.6 degrees Celsius, however, to limit the warming to 2 degrees is now recognized as a more difficult, challenging and costly process as each year passes without action.

The resulting reports of the meeting basically concurred with what most of us are already aware of, but this WEO workshop brought many alternative ideas to the table for interchange and the awareness level of the ever encroaching problem of global warming front and center for each participating member. Hopefully, the message will now be taken back to each country, where positive steps can be taken. In the case of global warming, it doesn’t take-a-village, it takes everyone in the entire world to take control in saving the planet.