Vestas Opens Integrated Wind Production Base in China: How Significant is this Step?

Vestas wind production in china has increased significantly, and vestas wind system is a company to watch. Vestas is number one worldwide when it comes to wind power, and the company recently announced plans to open the largest integrated wind production base to date. The base will be built in TEDA, which stands for Tianjin Economic Technological Development Area. Vestas wind production in china is just a further expansion for the company, and proof that when it comes to wind power vestas can not be beat. Vestas wind systems started in TEDA in the year 2006, with a single blade factory, and it has continuously been expanding since then. The new expansion includes a control system factory, a machining factory, generator factories, blade factories, and a supply and logistics center which is new as well. 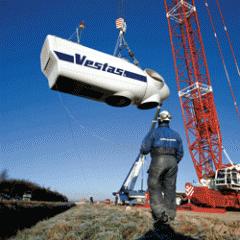 Due to the increase in vestas wind production in china, the company will have a main integrated base, where the complete process is followed. This production base will be the largest one that the company has anywhere in the world, and a substantial amount of money is invested into the original facilities and the expansions. More than four hundred and forty million dollars in United States currency has been invested in the China production base by Vestas wind systems. The production capability will increase substantially once the expansion project is complete, and the base will be the center for production worldwide. Providing wind power to China, and the rest of the world, is what Vestas excels at, and why they are number one in this field.

3 Responses to “Vestas Opens Integrated Wind Production Base in China: How Significant is this Step?”