U.S. Citizens Behind the Carbon Tax: Everyone Raises Their Hand

From 2011 to 2012, the price of climate change has cost the United States $126 billion. From Hurricane Sandy to droughts in the Midwest and tornadoes in Colorado City, no one is doubting the intensity and price of climate change in lives, property and anxiety. It is therefore not surprising that the Americans are now favoring a carbon tax, which just might help in reducing the global effects that we have caused. 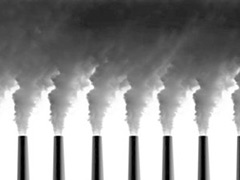 A poll conducted by Mellman Group polling company on behalf of Friends of the Earth has resulted in the fact that seventy percent of those polled are in favor of a carbon tax. The high level of support seems to reflect a multifaceted attitude of the funds going to fix the problems with our budget that supports climate change or as part of the funds helping to handle the effects as well as the creation of clean energy jobs.

The concept of a carbon tax would be to levy and enforce additional tax revenues on those that are the largest polluters in the country. These would include some of the biggest corporations and companies in America. Of course, these are also the ones that contributed the largest dollars in the various political races.

Other polls as well as supporting editorials are finally joining together to address our climate problems, which seem to be increasing every year on an exponential level. These include Slate Magazine, the Washington Post, the New York Times, Reuters, Bloomberg and the Associated Press. Despite the almost overwhelming support of a carbon tax, the political arms of the government seem to be unaware and uncaring, as Jay Carney, White House Press Secretary indicated that there is ‘no intention of proposing a carbon tax’ by the administration.

President Obama started out and continued to include in his campaigns to make major impacts on climate change. U.S. citizens are now rallying behind the cause of a carbon tax, but no one is sure that Washington, D.C. is listening.

3 Responses to “U.S. Citizens Behind the Carbon Tax: Everyone Raises Their Hand”